Navigate thru all the sub categories of the website

The Resort Village of Candle Lake Council is made up of the Mayor and four Councillors who are elected by the community through Municipal Elections for a term of four years.  Council works as team to make decisions and establish policies regarding the provision of municipal services according to The Municipalities Act. The role of Council is to:

Candle Lake has been a part of Mayor Terry Kostyna’s life since the early 70s, when his father built their family cabin. The family loved and enjoyed the beauty of the lake from fishing and boating, to snowmobiling as “week-enders”.  In 2001, Terry and his wife Marianne bought their own piece of land and began to plan for their retirement home. 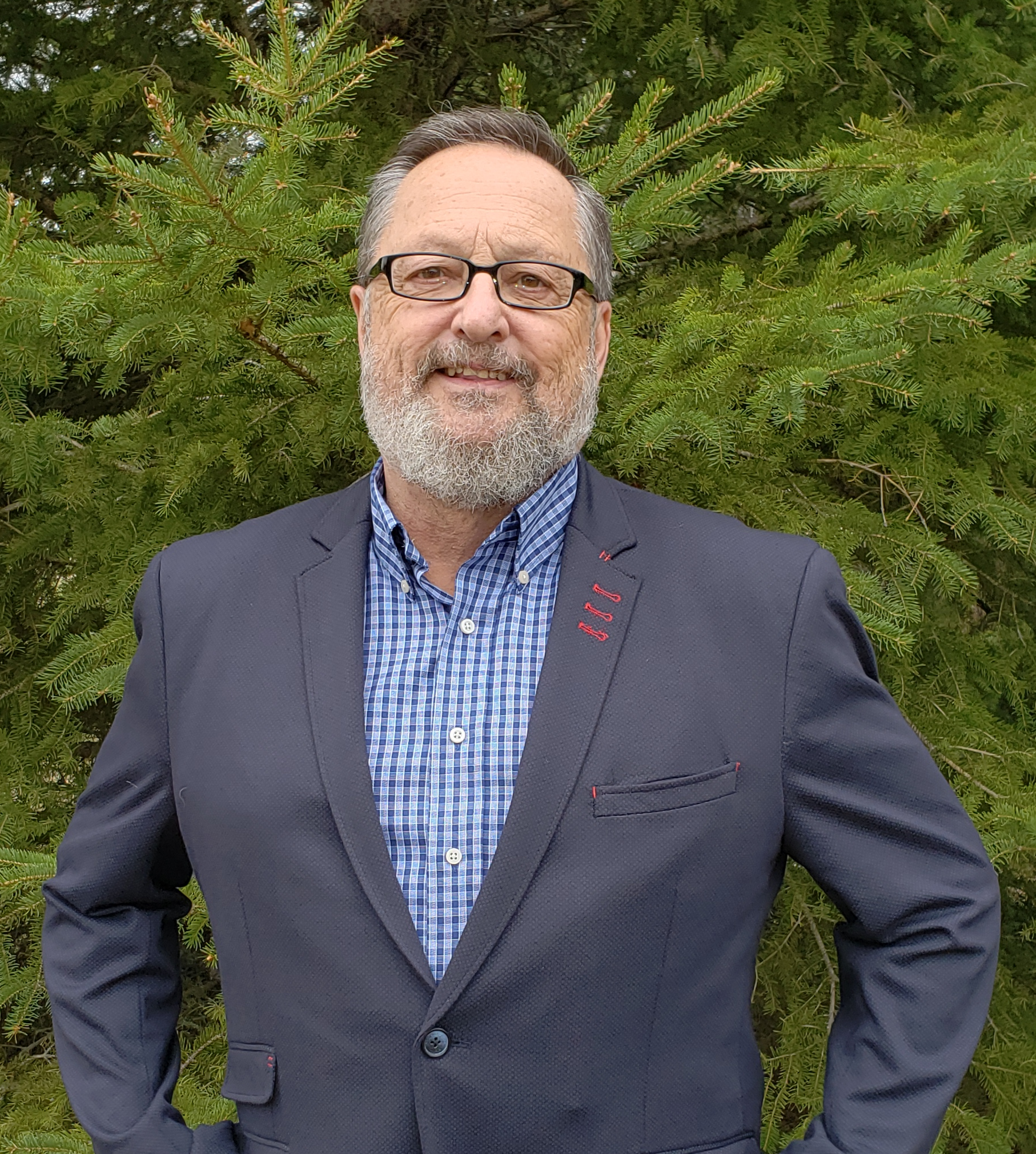 Mayor Terry KostynaTerry’s work in business began as a truck driver. In his 20’s he started Dasher Transportation Inc. in Saskatoon which grew to a staff of around 125 before he sold it in 2004. Terry was involved in the North Saskatoon Business Association and the Saskatoon Chamber of Commerce. He was also very involved in the Saskatchewan Trucking Association, eventually serving as a Vice-President for 8 years and 2 years as President.

Terry then found his niche building custom homes, and he, along with this family started Northern Sky Developments. As he and Marianne move forward to retirement, the family business is transitioning to the next generation.

Prior to moving to Candle Lake, Terry lived in Martensville where he served on the Town Council and then on City Council for 14 years, including 3 years as Deputy Mayor. As Martensville transformed from a small town to a city, Terry came to understand the importance of thinking ahead to ensure a community has a plan for sustainability well into the future. During this time, Terry also served terms in governance roles in the Saskatoon North Partnership for Growth and the Saskatoon Regional Economic Development Association.

Prior to being elected as Mayor of Candle Lake, Terry was very involved in the community, spending time as chair of the Trails Committee and Vice-Chair of the Parks and Recreation Board. Also before being elected, Terry served on the North Central Lakeland District Planning Commission as Candle Lake’s appointed member-at-large.

With Marianne’s background in emergency healthcare, the family has also been strong advocates for our local first responders and hosted fundraising events for them.

Terry and Marianne both enjoy winter at Candle Lake and have been active with the Sno-Drifters for many years, clearing trails and volunteering in numerous other roles.

Terry’s goal for the Resort Village is to capture the community’s vision for the future and establish a sustainability plan that our children, grandchildren and other future residents will truly appreciate.

Councillor Jon Attig grew up just south of Prince Albert on a small farm. He spent 19 years working in oil and gas, doing downhole testing on oil and gas wells all over western Canada, based in multiple locations around Alberta. 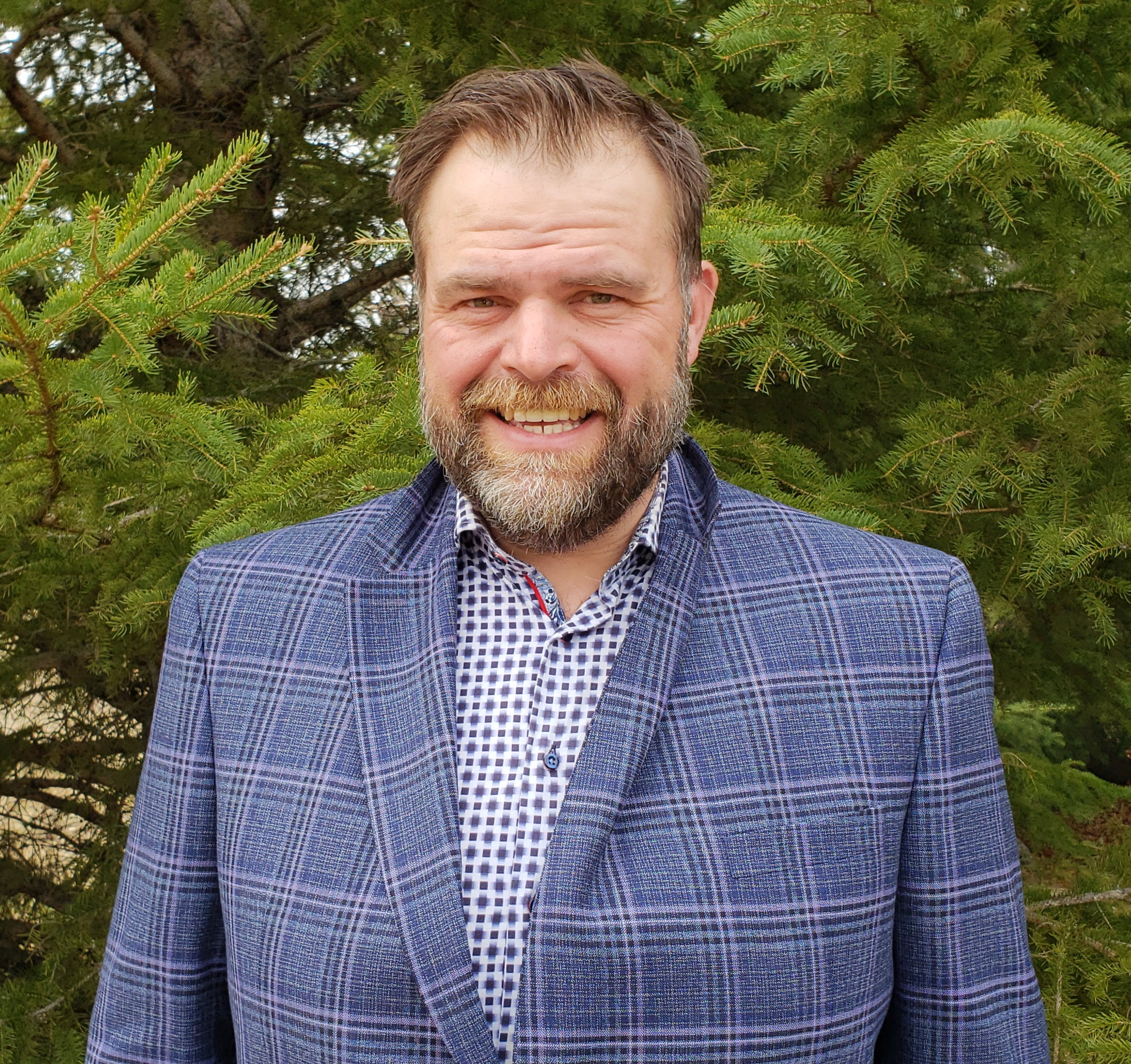 Councillor Jon Attig While commuting back and forth from Alberta, Jon began looking for a place to settle on his days off. He decided that the lake would be great option, and knew Candle Lake was the best option!

In Jon’s spare time he enjoys cycling, snowmobiling, ATV’ing, ice fishing and spending as much time outside as possible. He also volunteers with the Candle Lake Sno-drifters.

As Jon had made Candle Lake his home, he felt serving on Council would be a good chance to make positive changes in his community. He also feels that great life skills can be learned from serving in municipal politics. 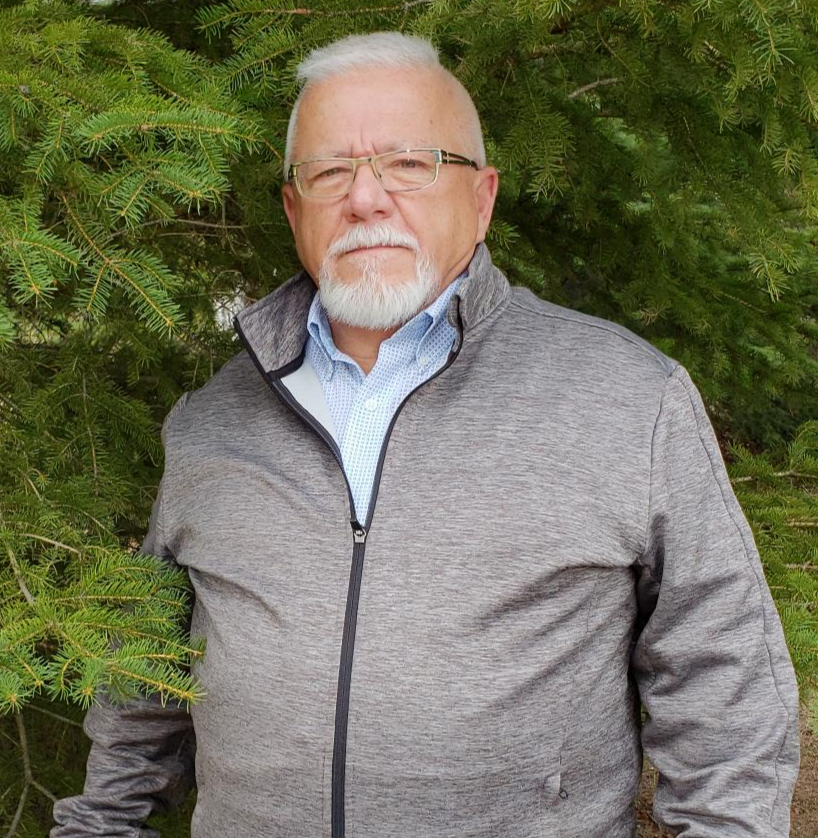 Councillor Joe BarczaiHe and his wife Joan have been married for 48 years. They had been coming to Candle Lake for almost 30 years, camping at Sandy Bay before becoming seasonal residents in 2007 and then full-time residents in 2020.

He has always been very active in the communities he’s lived (Regina and Prince Albert). He coached minor ball, soccer, and hockey and was a certified CANSKATE power skating instructor.

He also served on and chaired several volunteer organizations from daycares to business organizations including the Corporate Challenge Committee in Regina for two years.

He served on the board for 2 years and as volunteer construction manager/coordinator of Habitat for Humanity Prince Albert for 4 years.

In addition to being named CKBI sportsman of the year, Joe is also a recipient of the Governor Generals Jubilee Medal for volunteerism 2002.

At Candle Lake, Joe was the project manager that over saw construction and renovations to the community hall that included the addition of new entrance, washrooms, elevator, meeting rooms, and improvements to the kitchen.

Joe’s desire is to use his skills and experience to bring about positive and constructive change to Candle Lake and to ensure the Resort Village is aligned with the vision and aspirations of its residents.

Councillor Debbie Hunter has been an avid member and volunteer of the community for many years. Debbie worked at SaskTel for 33 years, and for the last five years led all volunteerism activities at SaskTel. She has certificates in Business Administration and Marketing. 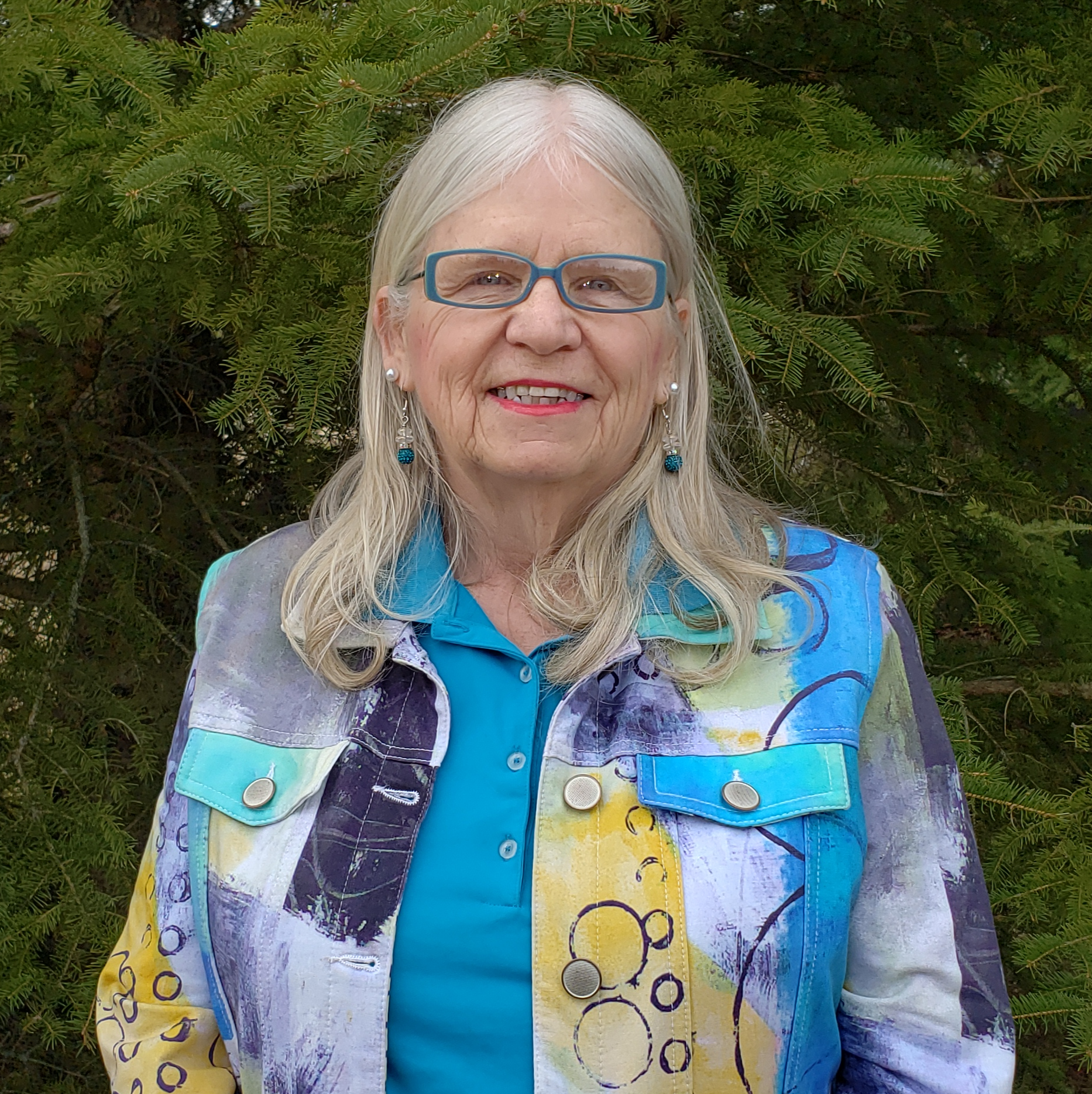 Councillor Debbie HunterAfter retiring in 2007, Debbie took culinary training and then worked as the Banquet Chef at the Candle Lake Golf Resort for 10 years.

Debbie has been married to her husband David for 47 years. TThey have three children and six grandchildren. Debbie and her husband inherited the family’s cabin at Minowukaw Subdivision in 1989 and built their retirement home on the property in 2002.

She currently volunteers as a First Responder, Volunteer Firefighter, and is a board member for numerous groups including the CurlingClub, Library, Health Board, Communities in Bloom and TOPS Club at Candle Lake.

Debbie enjoys curling, fishing, hiking, knitting and crocheting. She feels that living in Candle Lake is like living in paradise, and cherishes the clean water, pristine sandy beaches and the sand dunes at Minowukaw.

Her goal is to contribute to keeping Candle Lake a great place to work and play for both full-time and seasonal residents who love the community as much as she does.

Councillor Shayne Morley grew up in Shellbrook and spent time working in various positions including as a professional truck driver before taking a position with the Saskatchewan Department of Justice. For the past 16 years Shayne has worked in court services and prisoner transport and is currently a Deputy Sheriff.

Shayne has spent a lot of time working alongside the Saskatchewan Government Employees Union (SGEU) and educated himself with support systems in numerous leadership courses including labour relations and bargaining at Queens University which helped him in his role of advocating for all union members. 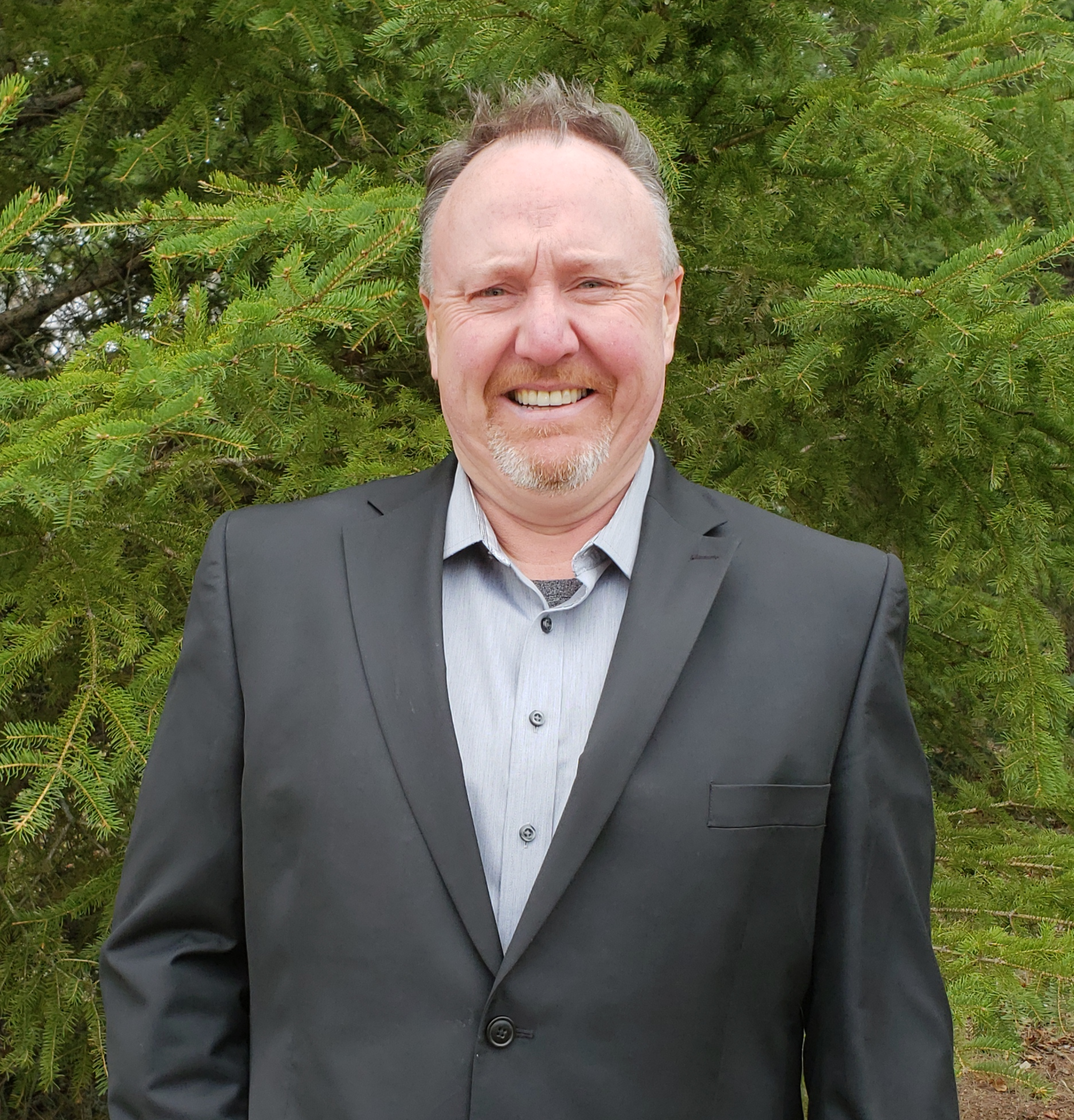 Shayne and his wife have been married for 25 years;. They have four daughters and five grandchildren and  have been enjoying Candle Lake for over 25 years. They’ve tented and camped and purchased their first cabin in 2012. His family feels the lake, the beaches and water, and especially the atmosphere and the people, make Candle Lake the most beautiful place in Saskatchewan.

His hobbies include playing music, hunting and fishing, and all outdoor activities with family and friends; his green thumb keeps him busy in the yard. Shane has always been an avid volunteer cutting grass, building bleachers, and helping to maintain community recreation facilities. He also coached soccer and fast ball for many years travelling across Saskatchewan with his teams. Shayne is past president of the Prince Albert Country Music Association and served on the board of the Saskatchewan Country Music Association. This included fundraising for many years for all different types of community projects.

Shayne is a proud member of Council. He wants to make a positive difference in the community and to advocate for what is right. He believes Candle Lake has so much potential and wants to be a part of working together with others to make the community a great place to be.

Fires may start easily and spread quickly but there will be minimal involvement of deeper fuel layers or larger fuels.